Nopal Cactus: What is it? How do we use it?

The nopal cactus, one of the many gifts Mexico has awarded the world. This incredibly versatile plant is also known in English as prickly pear cactus, which is usually eaten when it’s at a young stage. Nopal is a staple ingredient in Mexican cuisine and it has been for centuries, making it one of the original Mexican snacks. When walking down the colorful Mexican streets, finding fresh nopales is quite an easy mission. Cleaned of spikes, sliced and covered with your favorite toppings such as squeezed lime, chili, and fresh cheese, makes for the ideal on-the-go veggie snack. However, this is just one of the many recipes you’ll find for our beloved nopal. How do we use the nopal cactus? The nopal gets utilized in Mexico from sunrise to sunset. Huevos con nopales or “eggs with nopal” are a quintessential breakfast menu item in most Mexican households. Later on, in the day, one can feast upon a delicious carne con nopales or “steak with nopal”, possibly have it as a side dish or its own, sliced into cubes and tossed in a salad with panela cheese or shallow fried with tomato and onions. Being quite a noble ingredient, the nopal does not require chef-like skills in order to create an exquisite dish. As we may all know, the taco is king in Mexico (and everywhere else, depending on who you ask), so it comes as no surprise that the nopal taco not only exists but is a favorite amongst vegans and vegetarians alike (and possibly some meat-eaters as well). Now, when speaking about Mexican food, it is very rare to find a dish that feels complete without any sauce or salsa, accompanying it. In fact, certain Mexicans say that the integrity of a dish, such as a taco, may rely on the salsa one chooses. Since we are now discussing all things nopal related, it may please you to learn that yes, the nopal salsa is also an indispensable element of this cuisine. And a great salsa if you ask us! The range of this wonderful ingredient does not end here, it may take some studying into traditional Mexican recipes to find the root of its ancestral flavors, but anyone with an imagination can make a magical dish out of it. What are the befits of the nopal cactus? Aside from being the perfect ingredient to enhance any dish with its slightly tart flavor, the nopal cactus holds a myriad of benefits. Who doesn’t like a vegan ingredient that can also prevent the contraction of a virus? That’s right, some preliminary research has shown that the nopal contains antiviral properties against herpes simplex virus (HSV), respiratory syncytial virus (RSV), and even HIV. The nopal is a natural snack that is not only tough on viruses but also: At this point you must be thinking, “Is this miraculous plant a superfood?” and the answer to that is a resounding, yes! There is a small catch though — the superfood status is only given to its powder presentation, which is high-fiber and high-calcium. Not bad for a little desert plant! The Nopal cactus, the gift that keeps on giving. As we have learned, the nopal cactus may start off as a prickly stand for desert birds to rest on, but it is elevated to its true potential one it is transported into the kitchen. Fried, diced, raw, or cooked — no matter the state of your preference, the nopal delivers not only in taste but in health benefits by the bulk. Imagine having an unsuspecting breakfast of eggs with nopales whilst being protected by several viruses, oxidizing free radicals, bad cholesterol, and possibly a hangover caused by the drinking you’ll be doing later that day. No wonder it holds a special place in the center of the Mexican flag! 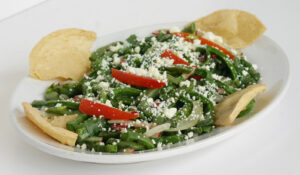 The nopal can be such an enigmatic ingredient with many benefits. However, not everyone knows how to use it in the kitchen. Well, this is 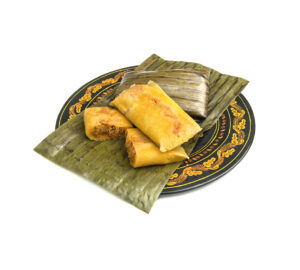 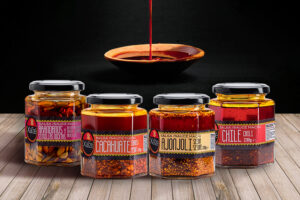 The current global situation has rendered most of us unable to go out to restaurants for meals, which means having to either order in or

Menu
We use cookies on our website to give you the most relevant experience by remembering your preferences and repeat visits. By clicking “Accept”, you consent to the use of ALL the cookies.
.
Cookie SettingsAccept
Manage consent

This website uses cookies to improve your experience while you navigate through the website. Out of these, the cookies that are categorized as necessary are stored on your browser as they are essential for the working of basic functionalities of the website. We also use third-party cookies that help us analyze and understand how you use this website. These cookies will be stored in your browser only with your consent. You also have the option to opt-out of these cookies. But opting out of some of these cookies may affect your browsing experience.
Necessary Always Enabled
Necessary cookies are absolutely essential for the website to function properly. These cookies ensure basic functionalities and security features of the website, anonymously.
Functional
Functional cookies help to perform certain functionalities like sharing the content of the website on social media platforms, collect feedbacks, and other third-party features.
Performance
Performance cookies are used to understand and analyze the key performance indexes of the website which helps in delivering a better user experience for the visitors.
Analytics
Analytical cookies are used to understand how visitors interact with the website. These cookies help provide information on metrics the number of visitors, bounce rate, traffic source, etc.
Advertisement
Advertisement cookies are used to provide visitors with relevant ads and marketing campaigns. These cookies track visitors across websites and collect information to provide customized ads.
Others
Other uncategorized cookies are those that are being analyzed and have not been classified into a category as yet.
SAVE & ACCEPT